MGA are delighted to announce the 2020 season of performances featuring the graduating Full-Time School year groups in Musical Theatre, Acting and Dance.

Tickets for all productions can be bought through our online Box Office and more information for each show can be found on the Productions page.

Third Year Musical Theatre students will start the season off with a series of Cabaret performances at Dirti Martini cabaret bar, followed by two Musical Theatre productions – ‘Into The Woods’ in May, and ‘9 to 5 The Musical’ in June, at Leith Theatre.

MGA Dance students will present ‘Impulse’ Festival at the Festival Theatre Studio in April, before presenting a Triple Bill of new choreography in May and ’21’ in June, a new piece reflecting on events of the 21st Century, both at Leith Theatre.

Our graduating class of Actors will perform the very first New Writing Festival at MGA in April, with new Scottish works performed at the Festival Theatre Studio. Their performances are ‘The Penelopiad’ by Margaret Atwood in May, Leith Theatre, and Shakespeare’s ‘Twelfth Night’ in June at the Rose Theatre.

All Spring and Summer season productions are available to book from the end of December so get you tickets early and come and enjoy some fabulous performances from our talented Class of 2020! 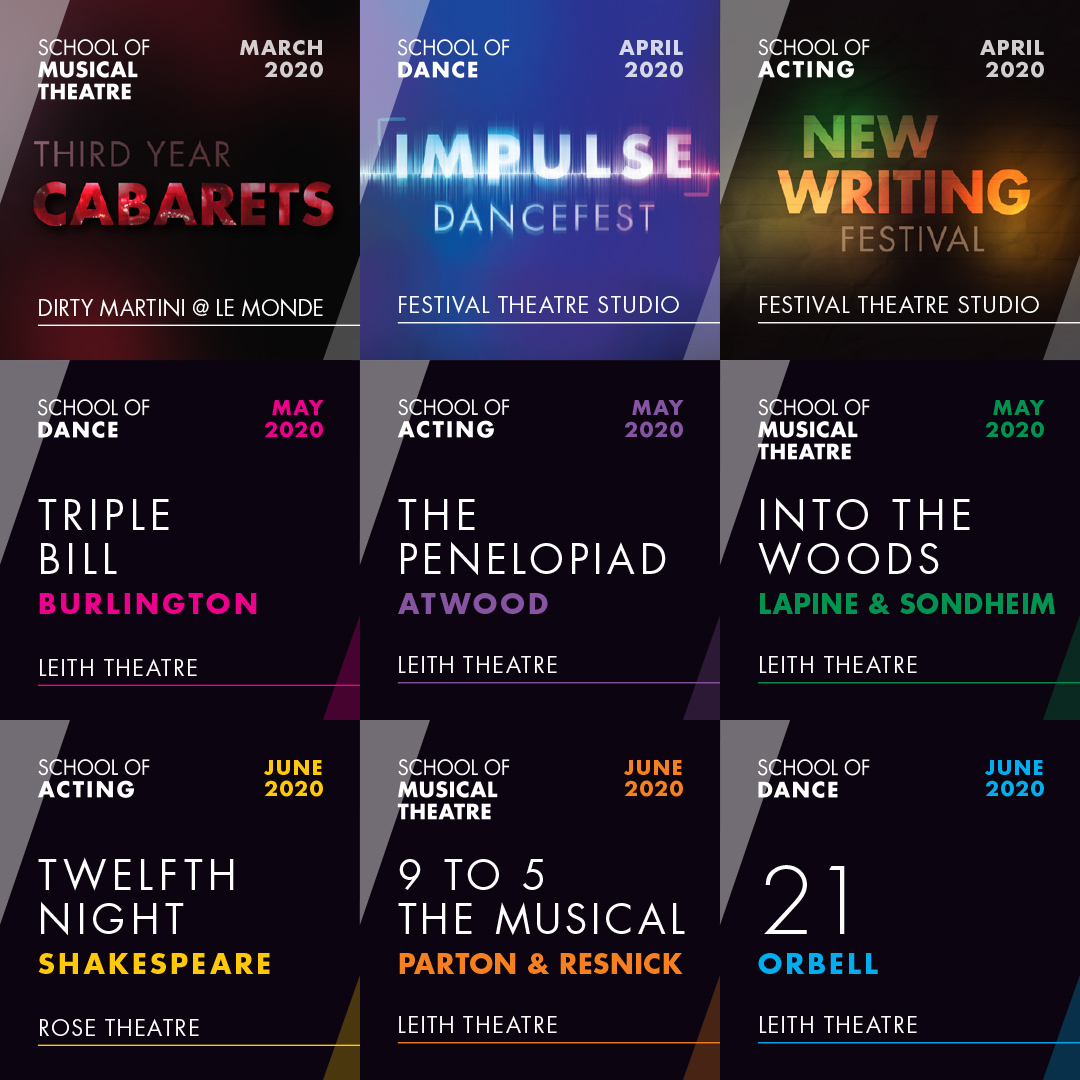 We are delighted to announce that star of Six! The Musical UK Tour and MGA alum Caitlin Tipping will be returning to the MGA Academy THIS SUMMER, to lead our Musical Theatre Summer School! Fresh off the UK Tour as Jane Seymour, Caitlin will lead us through an incredible week… » Read more

Our Full-Time School Summer productions featuring graduating classes in Acting, Musical Theatre and Dance are on the way and tickets are still available! Book your tickets now at The Theatre Store.com! We are thrilled to be welcoming some wonderful visiting Artists from across the Industry to create four fabulous shows… » Read more

The last few weeks have been all go here at MGA! We stepped into February with Industry Week, where our Third Year BA (Hons) students have the opportunity to meet some amazing professionals from the Performing Arts industry for valuable professional development, Q&A sessions and audition experience as a way… » Read more

Join us in September

As 2021 draws to an end, why not choose MGA as your destination for 2022! MGA is now in Phase 3 of auditions for entry in September 2022. Apply now! This phase ends on Sunday 27th March 2022. Apply to audition, either online or in person in Edinburgh – whichever… » Read more